Skip to main content
For over 40 years the James Stanfield Company has been producing award-winning programs to promote Social Competence and Transition Readiness in students with cognitive, learning and/or behavioral disabilities. Its President, Dr. James Stanfield, is a nationally recognized authority in Special Education and Instructional Design. He’s been a classroom teacher, directed federally funded research programs and was a Professor of Special Education before starting his own organization. In other words, unlike the vast majority of other educational publishers, Dr. Stanfield has been there. He knows how children learn and what teachers need to teach them.
✕ ✕ 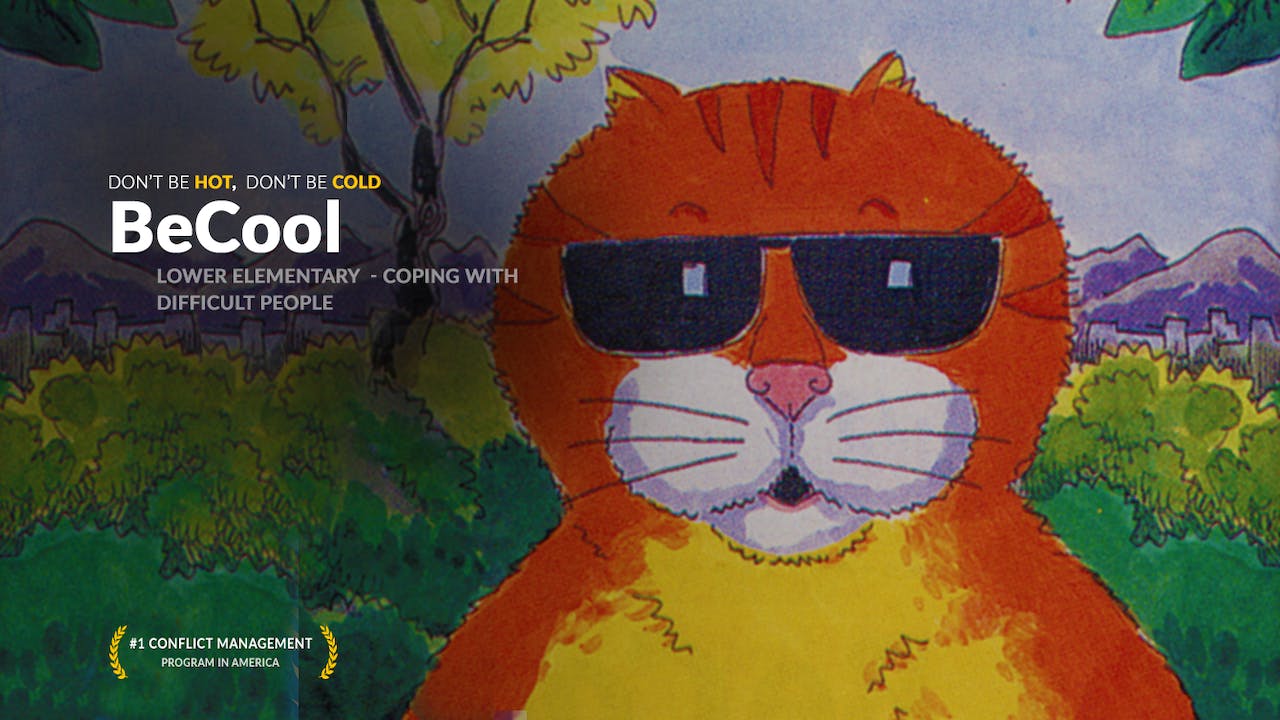 The BeCool program addresses four classes of difficult behaviors that can be expressed by others: Criticism, Teasing, Bullying, Anger/others and Anger/Self. In each of the video scenarios a character is challenged by a difficult person who, in some way, is trying to intimidate or manipulate him/her. After a moment of hesitation, the character models three different ways to respond; blowing up or “HOT,” giving up or “COLD” and being in control or “COOL.” The negative consequences of the “giving up response” and the “blowing up response” are then contrasted against the positive outcomes of the “being in control response.”

The BeCool paradigm is introduced to Lower Elementary students by Chester the Cat, the now famous champion of abuse prevention. Chester tells of his early trouble in mastering self-control and how he discovered, after much study and practice, the “Secrets of Cool.” In easy-to- understand language, Chester will guide students through each lesson as conflict situations arise and the three responses are chosen. Unique teaching icons are used to symbolize the blowing up (HOT response), the giving up (COLD response) and the being in control (COOL response). Each time a particular response is illustrated, it is paired with the Chester expression that symbolizes that response. Chester showing his claws is used to symbolize the HOT response; Chester sadly leaving for the COLD response and Chester with sunglasses and a 3-note whistle are used for the COOL response. Our animated narrator will also introduce the concept of how and why the BeCool sunglasses came to be in his introductory show. In time, students will be able to recall the feeling tone of the HOT, COLD and COOL responses by recalling the icon itself. These icons will be of special help to the learner with cognitive disabilities, who may be unable to verbalize behaviors associated with acting COOL, but quite capable of recalling the sunglasses, or 3-note whistle icons of the COOL response, as well as the calm tone associated with them, and act accordingly.

BeCool is much more than a violence prevention program. It teaches self control in managing conflicts in everyday situations such as sharing, keeping promises, peer pressure and handling frustration. With over 20 specific assertive techniques to cope with conflict, the BeCool program helps students manage some of the most common and difficult interpersonal problems faced by young children and adolescents. Being the brunt of teasing, bullying, anger, and criticism can produce tremendous stress, serious behavior problems, and destruction of self-esteem. Using the self-defense coping strategies presented in this program, your students will learn how to minimize the destructive effects of these behaviors, as well as promote positive interpersonal interactions. When confronted by difficult people or difficult situations, they’ll know that it’s to BeCool!

The powerful tool of peer VideoModeling has proven enormously effective in reaching all levels of students, from the behaviorally challenged to those who simply face everyday tensions at home, in the classroom and on the playground. The BeCool paradigm is research based and truly works. Conflict management is a skill your students must understand!